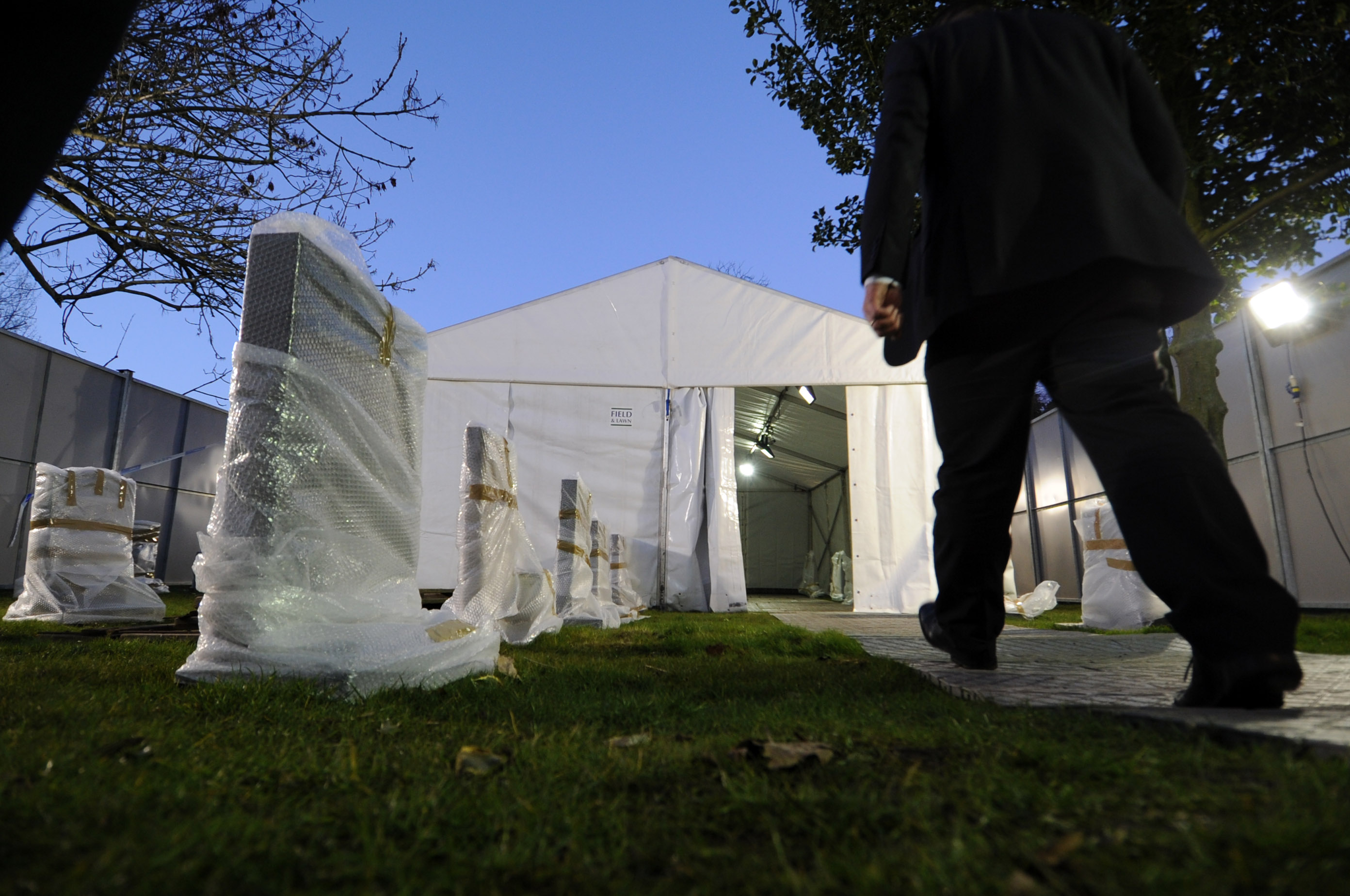 A cold case like no other Part II: The Nude in the Nettles case has remained a mystery for close to 40 years, with little known about the woman whose body was discovered among a patch of willow herbs in 1981. The North Yorkshire Police cold case team hope, however, that advances in modern investigative techniques might yet lead them to answers.

This is the second part in a special feature about the “Nude in the Nettles” case. To read the first part, please follow this link.

Discovering someone dead in a rural location, without clothes, possessions or obvious links to another person makes identifying them difficult.

Discovering this person two years after they’ve died makes the task nigh on impossible.

While it might sound like the improbable opening scene to a murder mystery, this was in fact the scenario North Yorkshire Police were confronted with on August 28, 1981, when an anonymous caller alerted an officer to the “decomposed” remains of a woman near Sutton Bank.

The case, dubbed “the Nude in the Nettles” by the press, remains the force’s most puzzling unsolved mystery to date.

Though unable to positively confirm that the victim had been murdered, North Yorkshire Police’s suspicions of foul play have always been strong.

Yet the only person ever considered a suspect - the anonymous caller - remains unidentified, and has since been dropped as a credible perpetrator in the police’s estimations.

In spite of this, North Yorkshire Police have not yet given up on the puzzle that’s eluded them for so long.

They believe that two avenues - forensic analysis and genealogy - could lead them to the mystery woman’s identity, and a name to mark her numbered headstone.

Were her identity uncovered, a second name could also emerge from the investigation: that of the person - or persons - who killed her.

In the dead of a 2012 January night, two white tents were erected by the unmarked grave of the mystery woman who’d been buried there some thirty years prior.

Inside, police were exhuming the body to initiate a process that hadn’t been possible all that time ago: DNA analysis.

In spite of the body’s advanced state of decomposition, a full DNA profile was extracted from the woman’s body, marking the biggest breakthrough in the investigation to date.

The success unlocked, for the first time, the ability of police to compare the woman’s DNA profile to potential relatives, as well as to profiles on the national DNA database.

Yet while the extraction of a full profile was an impressive feat, police soon met another roadblock: the profile didn't match any suspected family members.

Previous analysis of the body had shown that the mystery woman was a mother - having given birth between two and three times in her life.

Yet after numerous individuals coming forward as potential matches, nationwide appeals and the profile being added to the DNA database, no familial ties were discovered.

It’s possible that the children of the deceased woman are entirely unaware of the terrible end she met: forensic evidence suggests she came from a lower socioeconomic background, and may have been estranged from her family long before her death.

Estrangement is also a potential explanation as to why police cannot locate any missing persons records for the woman; it’s possible nobody ever reported her disappearance.

An additional complicating factor, explains Adam Harland, currently working on the cold case, is the age range of any living children - today estimated to be in their 60s.

The DNA database was only created in 1995, and since then, no familial matches have cropped up in the system. A match would now rely on a living child of the woman committing a crime and being added to it - an unlikely scenario given their age range:

“Most criminal convictions - for which DNA gets taken - are young men doing things they shouldn’t do and that they grow out of...the number of likely 60 year olds who come onto the database is very restricted”, explains Mr Harland.

The national database, he says, is also “used in a very limited way” due to the fact that one of the analysis techniques relies on tracing the y chromosome, meaning analysis “would work far better if this individual was male”.

Thankfully, the database isn’t the only tool available to police, who are conducting ongoing scientific analysis on the mystery woman’s DNA profile in the hope it may lead to further clues.

Developments in the scientific world - though currently unlicensed for forensic work - may allow police to determine further physical characteristics belonging to the deceased - such as eye colour.

Analysis of the remains could also reveal “isotopic references” to suggest whether the woman came from, for instance, a smoky industrial town or the countryside.

Early analysis of the woman’s bones showed a high level of fluoride in her body, previously thought to indicate she came from an area - like Hartlepool or Grimsby - where fluoride levels in the water were high.

This turned out to be somewhat of a red herring, says Det Harland:

If the scope of DNA analysis proves to be limiting, Det Harland believes another modern-day phenomenon may help advance the case: the rise of amateur genealogists.

The amateur study of ancestry and family lineage has exploded in popularity over the past few decades, with ancestry.co.uk alone claiming to hold 10 billion historical records, while around 26 million people are reported to have taken genetic ancestry tests from companies like 23 and me.

Out there somewhere, believes Det Harland, the mystery woman will be on somebody’s family tree - perhaps as an unknown entity:

“Given that she doesn’t appear to have been reported missing, she may have been - for want of a better phrase - the black sheep of the family, the one who disappeared or left the family sphere in some way.

“Somewhere, somebody could be sitting with a family tree and on it is great auntie Diana, or Vera or whatever her name was, and they’re wondering who she was”.

Normally, the police would conduct in-person visits to anyone they were targeting for information; a policy which Det Harland says encourages people to chat freely - and reveal useful information - in a way that “you don’t get on emails or telephones”.

As the age range of the people they’re wanting to speak with puts most in a vulnerable category with regards to Covid-19, the enquiries have been “put on pause” for the minute, says Det Harland, though targeting of genealogists through Facebook is ongoing.

Though the “Nude in the Nettles” mystery is commonly thought of as a murder case, the woman’s death is still classed merely as “suspicious”.

With no evidence to determine exactly how she died, police can’t assume she was killed - though in their eyes, the location of her body and lack of clothes or possessions strongly suggests foul play.

Given the case is not classed as a homicide investigation, Det Harland explains that police are not currently exploring murder suspects.

Their current focus is finding out who this woman once was. It’s a goal which, if successful, could still potentially lead them to a suspect:

“If there was a line of enquiry which would allow us to identify who had last been in contact with her, then we would pursue it...whether they would be treated as a suspect for murder...that’s a decison to make when we knew who they were”, explains Det Harland.

“Unfortunately, there’s no evidence to allow us to pursue the person or persons who were last in contact with her...our only route to finding out how she died and why she was found where she was is through identifying her”.

The body’s location - nearby a route to Scarborough - makes the issue even more thorny, explains Det Harland, given the coastal town’s former popularity as a holiday destination:

“It’s not impossible for that location and that road to be known to people coming from as far afield as Glasgow”.

For now, simply finding any further clues as to who the mystery woman once was, let alone determining a killer, says Mr Harland, would present a “major breakthrough” in the case:

“Am I likely to be standing on the steps of a Crown Court one day, saying ‘we’re delighted that somebody has been brought to justice for killing?’...That would be a very rare occasion”.

Despite over four decades having passed since her discovery, however, Det Harland hasn’t given up hope that new technology and methods may aid police in ways that weren’t previously possible:

“I still come to work and labour under the belief that what I do will eventually bring people to justice”.

For now, fresh clues may lie with people still living, dormant in DNA, or in the sprawl of an extensive family tree. Until that evidence comes to light, Sutton Bank’s anonymous woman remains beneath her numbered stone in Malton, waiting patiently for her name to be uncovered.

Anyone with information about this case is urged to contact the Cold Case Review Unit on 01609 643292 or via email at [email protected].

Alternatively, Crimestoppers can be contacted anonymously on 0800 555 111.

Support The Yorkshire Post and become a subscriber today

Support us from as little as £5